From Bankruptcy to 150 Million in Profit:

THE CHALLENGE
THE APPROACH
Ronnie Andrews had the dream career, from management roles in large corporations like Abbott Diagnostics to a leadership position in cutting-edge research with Roche Molecular. However, something was missing – he wasn’t pursuing his true purpose.
When Ronnie was 13, he promised his grandmother, who battled with cancer four times over her lifetime, to work on making cancer care more accessible to all. Years later when he was 40 and at her deathbed, she reminded him of that passion and the mission that he wanted to pursue as a young boy.
So he did. He went back to his purpose and took a huge leap of faith. Most people thought he was crazy to take on leading a small bankrupt company that was pioneering molecular mapping of breast tissue. But that challenge is what motivated him.
Working for large and impactful organizations, Ronnie understood the importance of cohesive leadership.This would become especially important when taking a bankrupt company and building it into a multi-million dollar business.
“As I moved to start Clarient, instead of letting culture be something we talked about, I needed to start letting culture be something we built the company around.And that’s when we found Blueprint Leadership.”– says Ronnie Andrews, former CEO of Clarient.
His team used Blueprint Leadership’s Signature Strengths training to leverage the assets (the people) they had within Clarient and to reconfigure the leadership team. He was not only rebuilding the strategy of the company, but the people who could help make that strategy happen.Blueprint Leadership helped propel Clarient forward in four major ways.
“If you look at where we started and forward five years, you can see the cohesion that came from those early days of understanding signature strengths. We learned that we all have different gifts and styles. And it turned out that that uniqueness and diversity that sometimes divides companies, actually created a much greater impact than we could have each had individually.”
1. Communication: Ronnie notes Blueprint Leadership helped his team to understand the different ways in which every member communicated and learned to adapt and leverage those different styles; this made communication an advantage, rather than a challenge for Clarient.
2. Motivation: the Blueprint Leadership Program helped to identify what motivates each person on the team, essentially understanding their leadership brand and how to reward team members in a way that is motivating to them.
3. Problem Solving: in a rapidly evolving and growing business, it was essential for the leadership team to know who to put on the front lines in each unique situation. Blueprint Leadership helped them discern each team member’s unique skills.
4. Cohesion: in evaluating each person’s strengths and weaknesses, leaders were able to capitalize on their staff’s talents and leverage the team’s combined strengths. This drove higher levels of teamwork, fun and fulfillment.
The fact that Blueprint Leadership assesses people comprehensively made it an integral solution in driving Clarient’s company culture forward.
According to Ronnie: “Blueprint Leadership really is about understanding the complete leader, what makes a leader whole, and the areas where we need to help that young talent really grow to be what they want to be.”
The outcomes speak for themselves. Only six years after the takeover, Clarient turned $150 million in profits. More
importantly, the company reached over 600,000 women battling cancer.
In its first six years, Clarient had zero voluntary turnover in the workforce. In an industry where average turnover is at 19%, Clarient is only at 6%. This is the byproduct of treating people the way they deserved and helping them feel good about their contribution to the cause. Instead of an individual agenda, staff and leadership understood that the mission was bigger than their commission or personal profits.
In 2009, Clarient won Top Place to Work in Healthcare under $500 million “It was really a testimony to how servant leadership can work by valuing people and putting the mission and your team ahead of your personal motivation allows you to be a much better leader.”– said Ronnie Andrews. 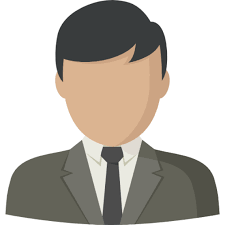 Your company needs leaders – people who can bring people together and achieve creative solutions.